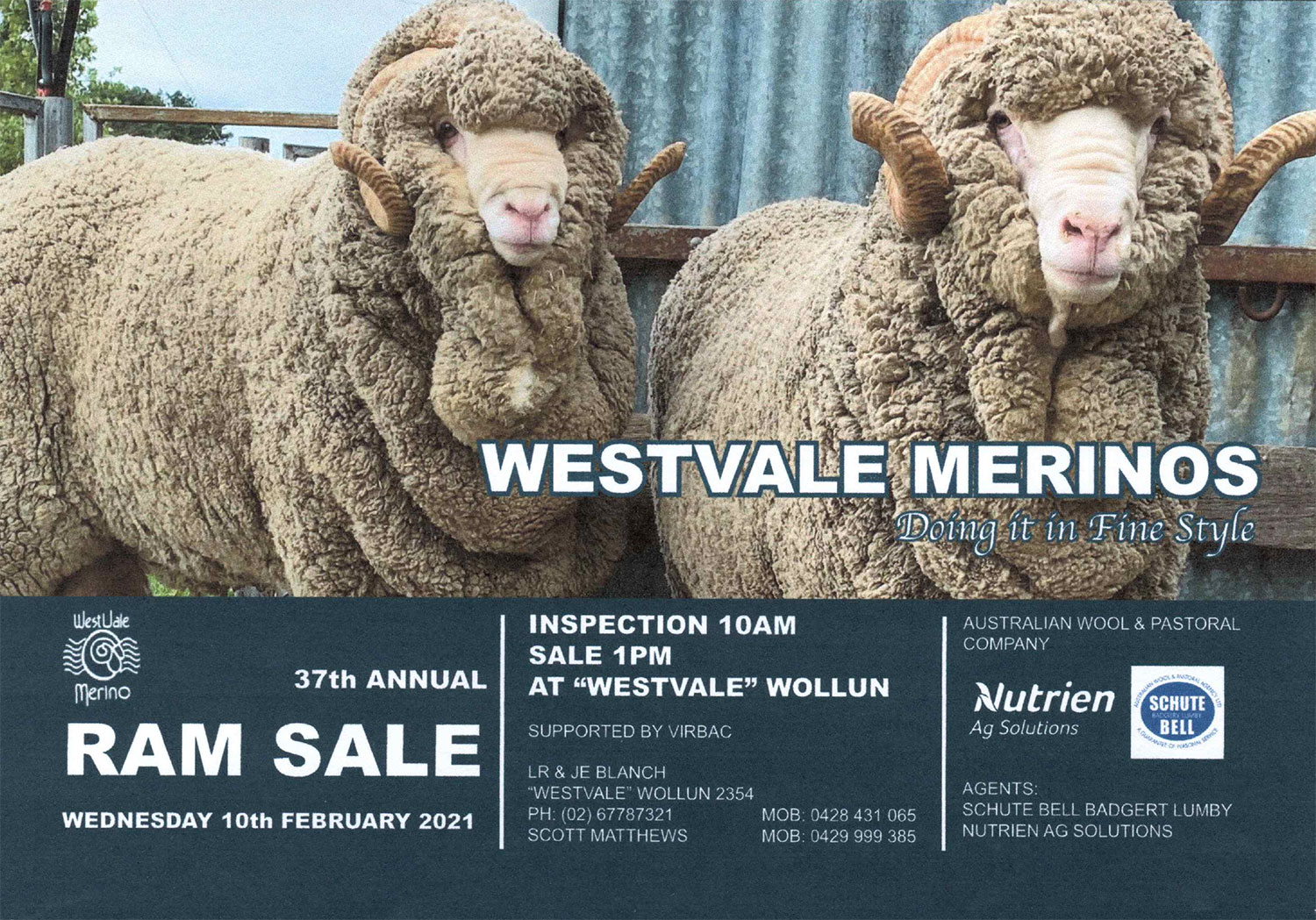 Westvale has been a registered Merino Stud for 71years. It was started on Mirani Blood graduating to Merryville then onto Merryville daughter studs . Some Sierra Park was added some years ago to fine down the crimp. After so much time we call ourselves Westvale blood.

In recent years the need for larger, heavier cutting sheep,  has encouraged us to introduce some outside genetics by way of Artificial Breeding. This has resulted in larger framed sheep while retaining the wool, style and type we desire and the Italians are looking to  buy. 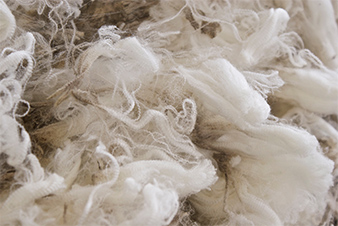 To produce large bodied sheep with fleece MICRON of 16.5 to 17.0 with yields in the high 70’s. We place great importance on coverage ie bellies and points. 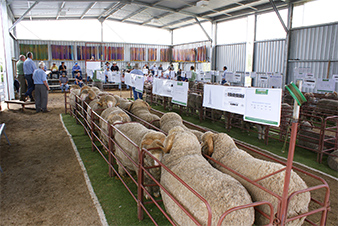 Stylish (highly crimped well nourished) bright soft handling wool suitable to Italian Spinners and Weavers is our aim. In past years our wool has been keenly sought after by New England Wool representing Italian clients. 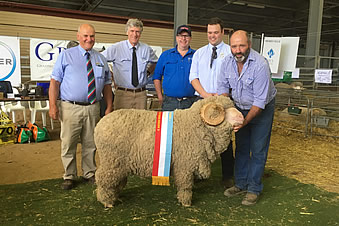 Many broad ribbons at Northern Shows over the years.

Our shearing is contracted. Great interest and detail is taken by the girls on the table while our own staff and family are part of the overall final result. Classing is carried out by Andrew while Leo overseas the whole operation.

2016/17 saw a complete turn around in the returns for wool. As well, our marketing strategies changed, in that we have entered into contracts, which we would not have even considered 10yrs ago.

At Westvale we will continue to capitalize on the present market by maintaining our micron and style and endeavouring (at the same time) increasing the cut per head. In the last couple of years we have had the privilege of Andrew Blanch classing our clip. A large proportion has gone into contracts with Reda S.P.A 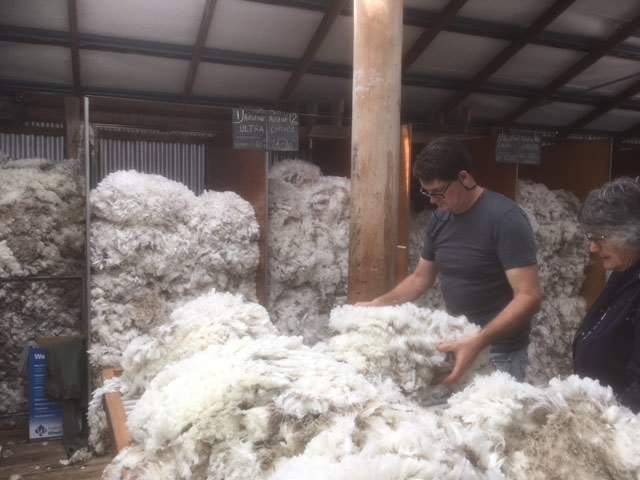 Below are some of our awards and achievements of recent years.

Show and Sale Results for 2021 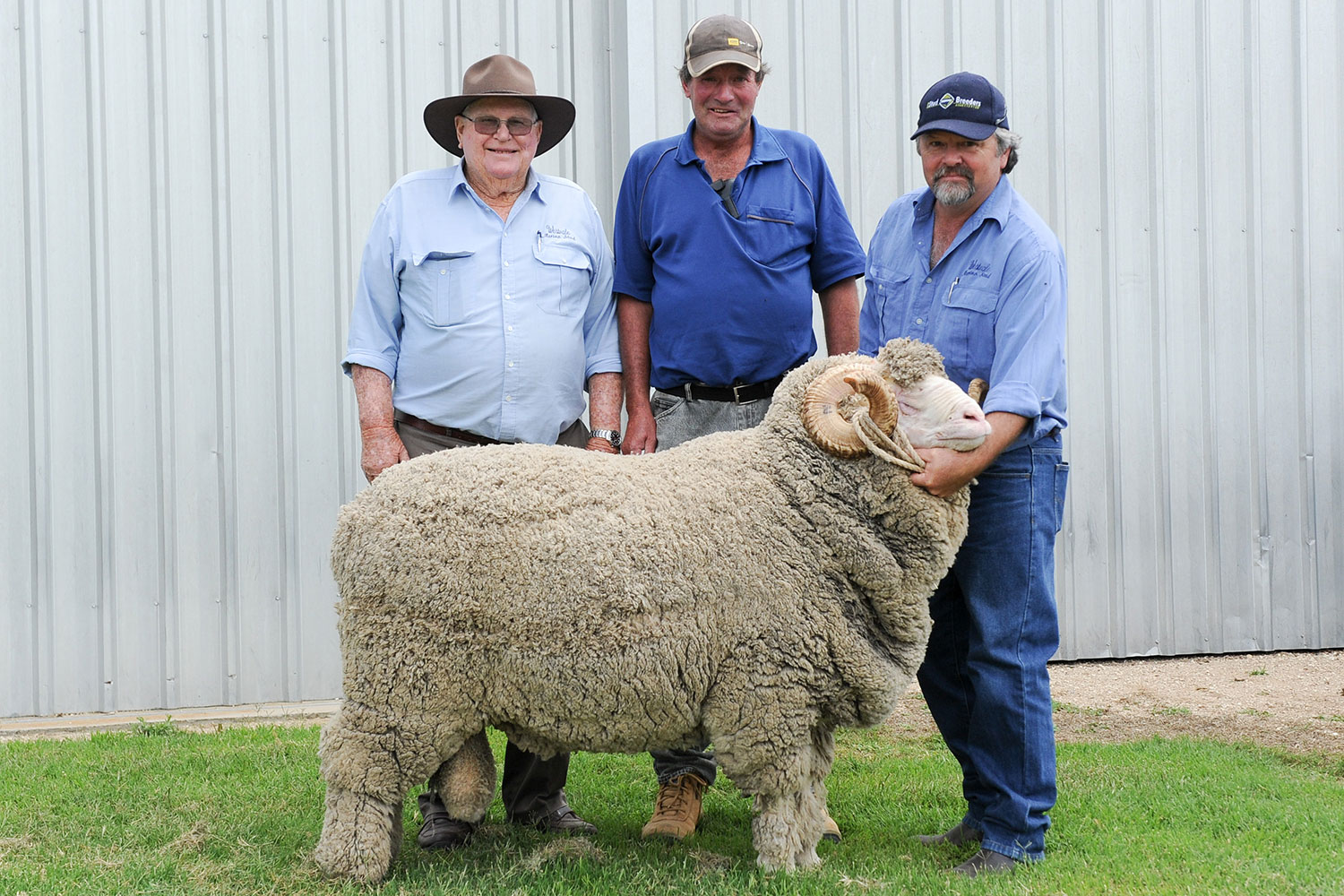 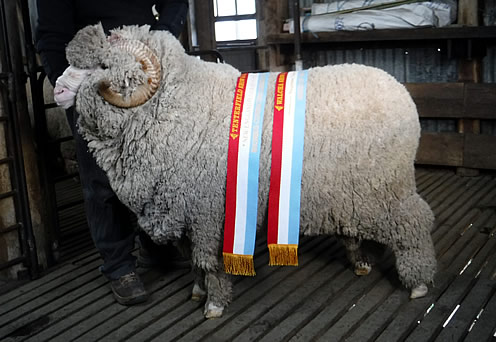 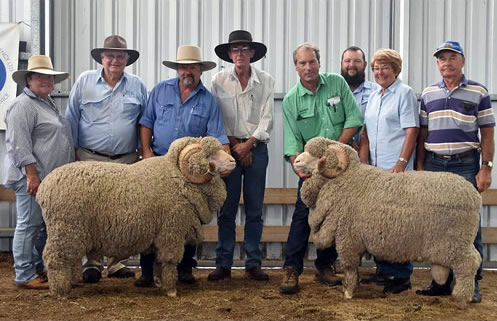 Stay in contact with the latest news and events from Westvale Merino.

We are all saying “what a year it has been” but is it all over? I do think we have to get in the mind frame of saying “get on with life”. Time is too precious to be worrying about something that is out of our control at this point in time.

Hasn’t it been a wonderful season! For most of us with small stock numbers the grass has been overwhelming. Our NEW slasher has been working overtime. There is still going to be a lot of seed in the wool but at least we know that […]

Westvale is situated on the top of the Great Dividing Range on the southern end of the Northern Tablelands approximately 50kms south of Armidale.

Rainfall is approximately 800ml/p.a and the watershed runs into the Macleay, Namoi and Gwyder systems. Westvale, settled in 1908 by the Blanch family, takes in over 3000 acres of slightly undulating fine granite country.

Winters are cold (snowy and frosty) with generally good moisture. Summers are hot. Generally dry in February, March but mostly a good all round season. Two thirds of Westvale has been supered for over 50 years, the balance annually over the past 20 years.

Approximately 2/3 of the country has been sown to improved pastures of Clovers, Rye, Phalaris, Fescues and Cocksfoot. 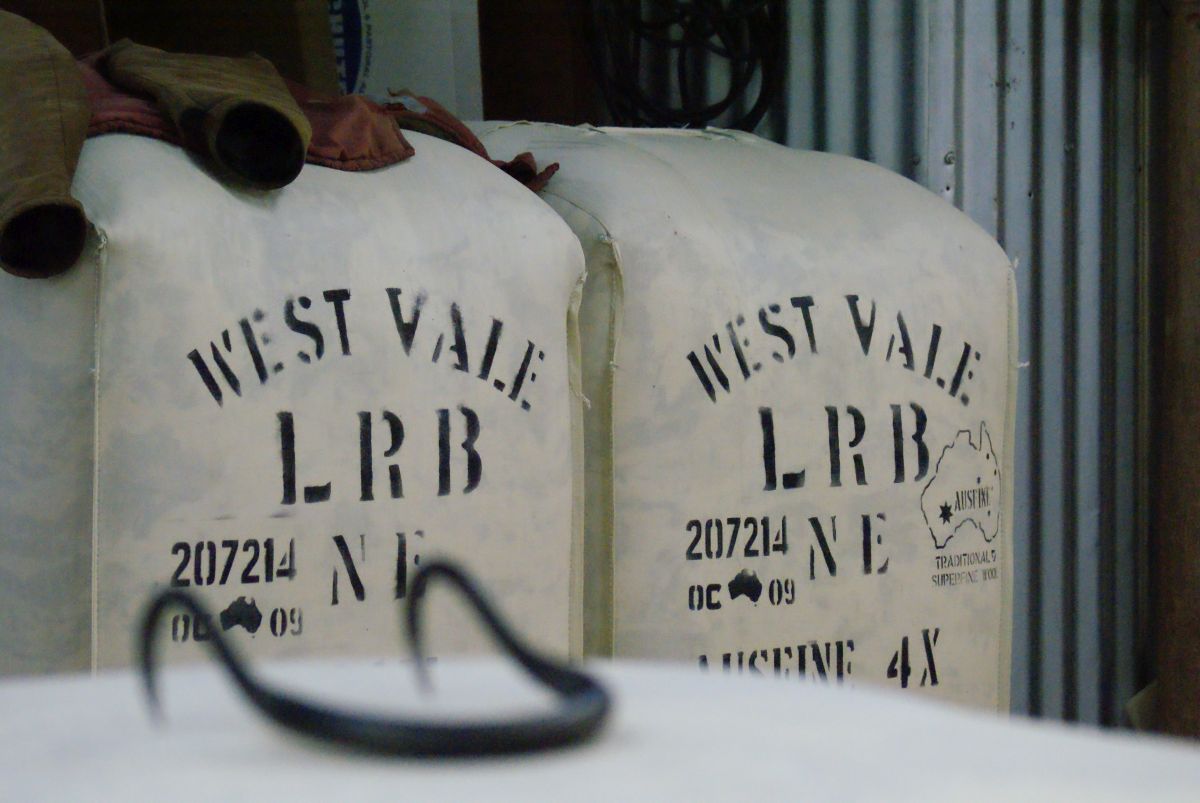 Click the link below to see the full aerial video currently playing in the background.

The Eye in the Sky

For more information on our wool, our farm and farm processes please use the form below and we will endeavour to respond to you as soon as possible.